The Brampton-Caledon Airport is an economic generator for the community.

The Brampton-Caledon Airport, owned and operated by the Brampton Flying Club, contributes a great deal to the local economy. The airport does not receive government funding or taxpayer support the Ontario municipal airports do.  A positive financial contribution is made to the Town of Caledon on an annual basis. Equipment, food, office supplies, and fuel are sourced locally. Local contractors are used for grass cutting services and snowplowing, as well as many other airport maintenance and development projects.  Advertising is purchased in local publications. Further, as a transportation hub, additional revenue is generated for the community by visitors arriving by air. Hotels, restaurants, car rentals, and local shopping centres are the immediate beneficiaries. Statistics show that approximately $70.00 per day is spent by each visitor arriving by air.

The Brampton-Caledon Airport generated approximately $11.7 million for the provincial economy during 2008. This figure represents the sum of direct, indirect and induced gross revenues

Although the Brampton-Caledon Airport does not have scheduled passenger service, the airport draws thousands of visitors to the Brampton and Caledon area annually. Approximately 105.4 full-time jobs are generated by the activities of the airport and its tenants annually. 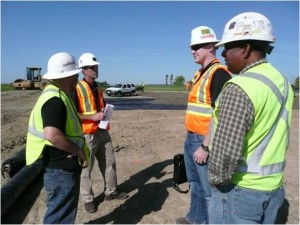 The flight school, Brampton Flight Centre (BFC), is respected around the world. It is known as one of Canada’s premier flight training centres.  More than 40,000 pilots have trained here, education providing career and job opportunities. Many work in professional aviation roles around the world.  BFC provides many levels of pilot training from recreational to airline transport pilot training. All of the professional pilot training programs at BFC are approved by the Ministry of Colleges and Universities. The BFC Flight College Program has been running for 15 years: Professional Pilot Diploma (IATPL) to prepare pilots for the future. 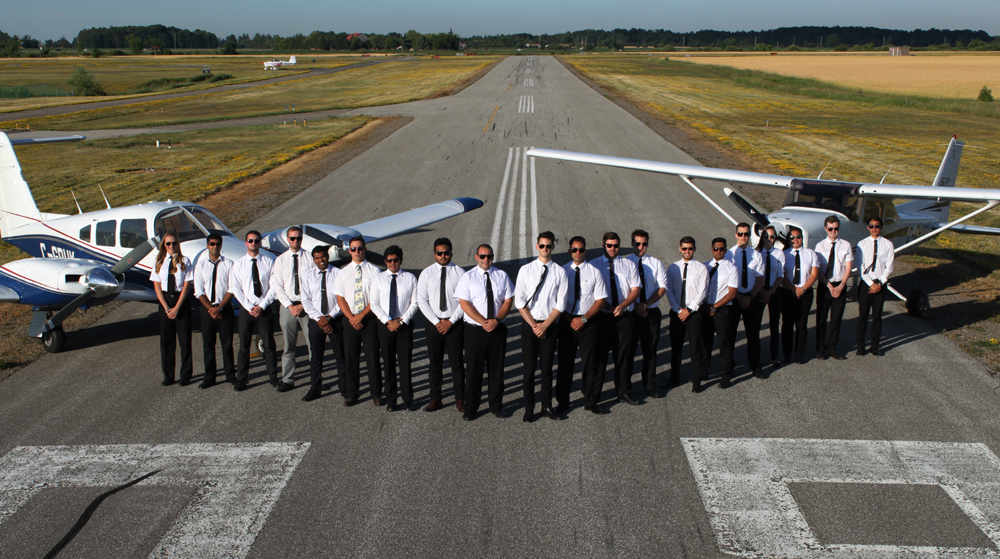 “General aviation is in a lot of ways the feedstock of the entire aviation industry,” said Ed Bolen, NBAA president and CEO. “If you look at the airlines, flight departments, air traffic controllers at major airports and major airports themselves, you can draw direct lines from general aviation forward.  From general aviation beginnings an entire industry has been built. It ought to be understood that pilot starts, entry-level maintenance jobs, air traffic controller jobs, airports, that’s all really the foundation that the aviation industry is built on.”

The Brampton Flying Club (BFC) is very proud to be located in the Town of Caledon. “Caledon is well respected for it’s progressive approach on green matters and maintaining a sustainable balance of community, environmental and development initiatives in the context of an extensive urban and rural environment.”  In 2003 the Town of Caledon was named the co-recipient of the “TVO Greenest Town in Ontario” Award. Link to the Town of Caledon Green Development and learn more about what our community is striving for.

The airport has moved forward with many “Green” initiatives to create a more sustainable airport community. One example is Low Impact Development Infrastructure for the new hangar community areas. This kind of infrastructure manages storm water in a cost effective and environmentally positive way protecting drinking water and airport facilities during large storm events. 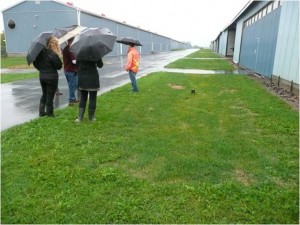 The Brampton-Caledon Airport provides a home for the Great War Flying Museum, the only one of it’s kind in Canada, providing education to people from around the world about aviation history in Canada and World War 1.  (100th Anniversary of WW1) “Museums are a public forum for issues that should challenge society,  to influence, challenge and sometimes change how visitors think, inspiring them to take action on big issues like war and be more informed citizens in an increasingly globalised world.”

Our airport serves as a base for the Recreational Aircraft Association , volunteers dedicated to the promotion of flying as a hobby for ordinary Canadians or local community groups.

Training Leaders for the Future

BFC has provided the building and sponsored the 892 Snowy Owl Air Cadet Squadron located at the airport for more than twenty five years. Chris Hadfield has commented  “In truth, I started training to command the space station when I was 14. I was in the Air Cadets and I went to a junior leaders’ course and they taught me the basic precepts of leadership as a young Canadian.” 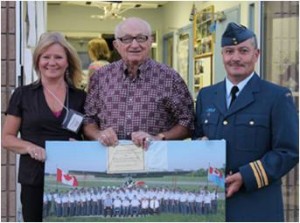 The Brampton-Caledon Airport connects our community and businesses to Canada’s national air transportation network and the world.

Opportunities include youth camps,  airport tours, events like Light Up the Runway and a meeting place for community organizations, seniors, scouts, guides, schools and cadets . 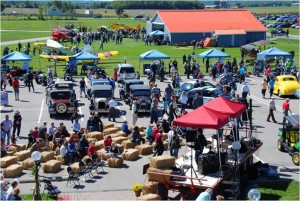 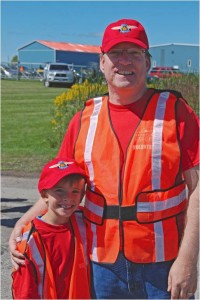 The Annual Light Up the Runway” is in support of Bethell Hospice in Inglewood. In 2016 BFC raised over $27,000 in support of the hospice. The next one is planned for the first Thursday in August 2017.   Club members, staff and local residents are invited to buy a light and/or walk on the runway to honour and commemorate someone special in their lives. 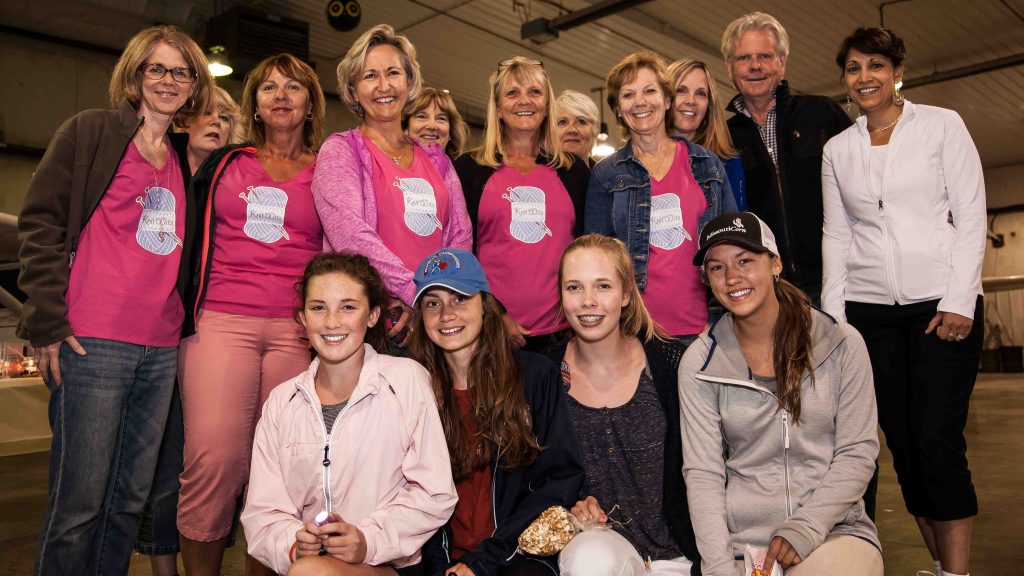 Annual Breakfast with Santa. Santa and his elf fly in to greet children and donations are raised to support kids in Caledon. 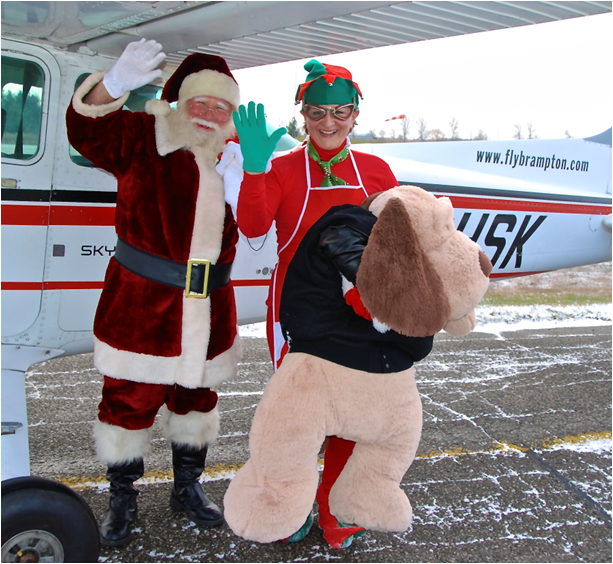 Here are some of the other ways that our members help to support communities.

We Strive to be Good Neighbours

The Brampton Flying Club has always endeavoured to be a good neighbour to the residents surrounding our airport. We ask our members to respect people’s privacy. Noise abatement procedures are posted on our website. We do our best to work with our neighbours to resolve their issues and concerns as best we can in and in a timely manner.

Brampton Flying Club supports other charitable and non-profit organizations, both in our own community and beyond …

In 2013, for example, 75 Introductory Flight Gift Certificates were provided to local non profits with the capability to raise $7500 in support. $600 was raised for Children through Caledon Community Services at our Breakfast with Santa event. BFC Staff raised $400 for our local food bank at Christmas.